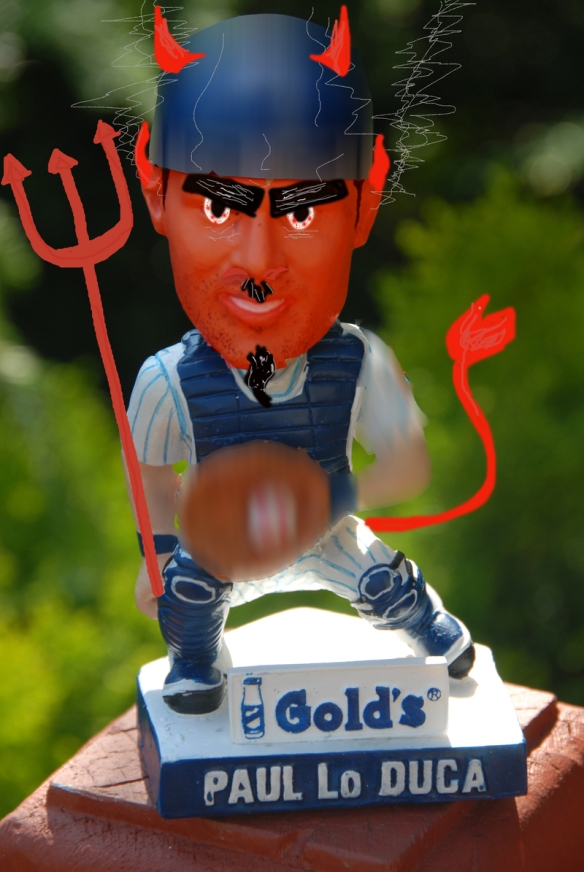 There once was a catcher named Paul.

Who was sure a called strike was a ball.

It happened once more.

At the the umpire he swore.

And he put on some show for us all.

When my daughter pulled her Paul LoDuca bobblehead doll out of its packaging on Sunday afternoon, it didn’t quite look like the the promotional picture on the Mets’ website.

Not only that, but within moments, the figurine’s head began to turn bright red, the arm started flailing around violently, and steam started coming out of its ears and from under its helmet.

I mean, she’s grateful for the giveaway and everything, but…