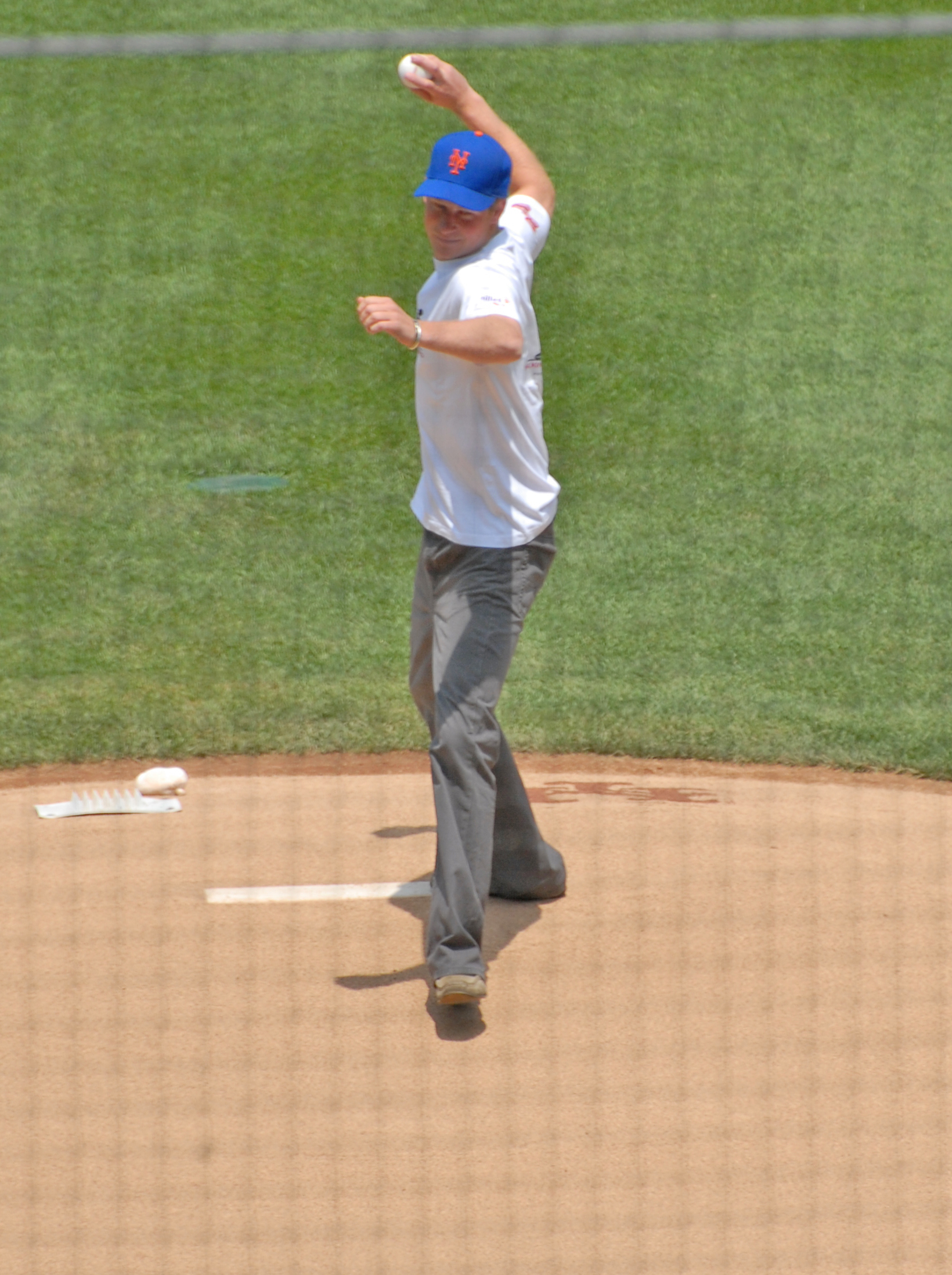 I’m sorry to say that I was not referring to our ace pitcher, Johan Santana.  His start yesterday was not, um, imperial in the least.

I instead refer to the ceremonial first pitch before yesterday’s game which was thrown by Prince Harry of Wales.  His Royal Highness is in town for several days and yesterday was the guest of the Wilpons.  Besides having the honor of throwing out the first pitch, he also received coaching from R. A. Dickey as well as a special Mets jersey (number 22 ) with “Wales” on the back.

Hearing from friends seated near us what was going to take place prior to the game, my daughter wondered if he would appear wearing a crown.  My husband and I laughed at that thought.  “Yes, and flowing red velvet robes.”

With my telephonto lens pointed at the dugout, I recognized his shock of red hair immediately.  I was delighted to announce to my daughter that, in fact, the Prince was going to be coming out momentarily, wearing a ratty looking Tshirt and faded grey pants! 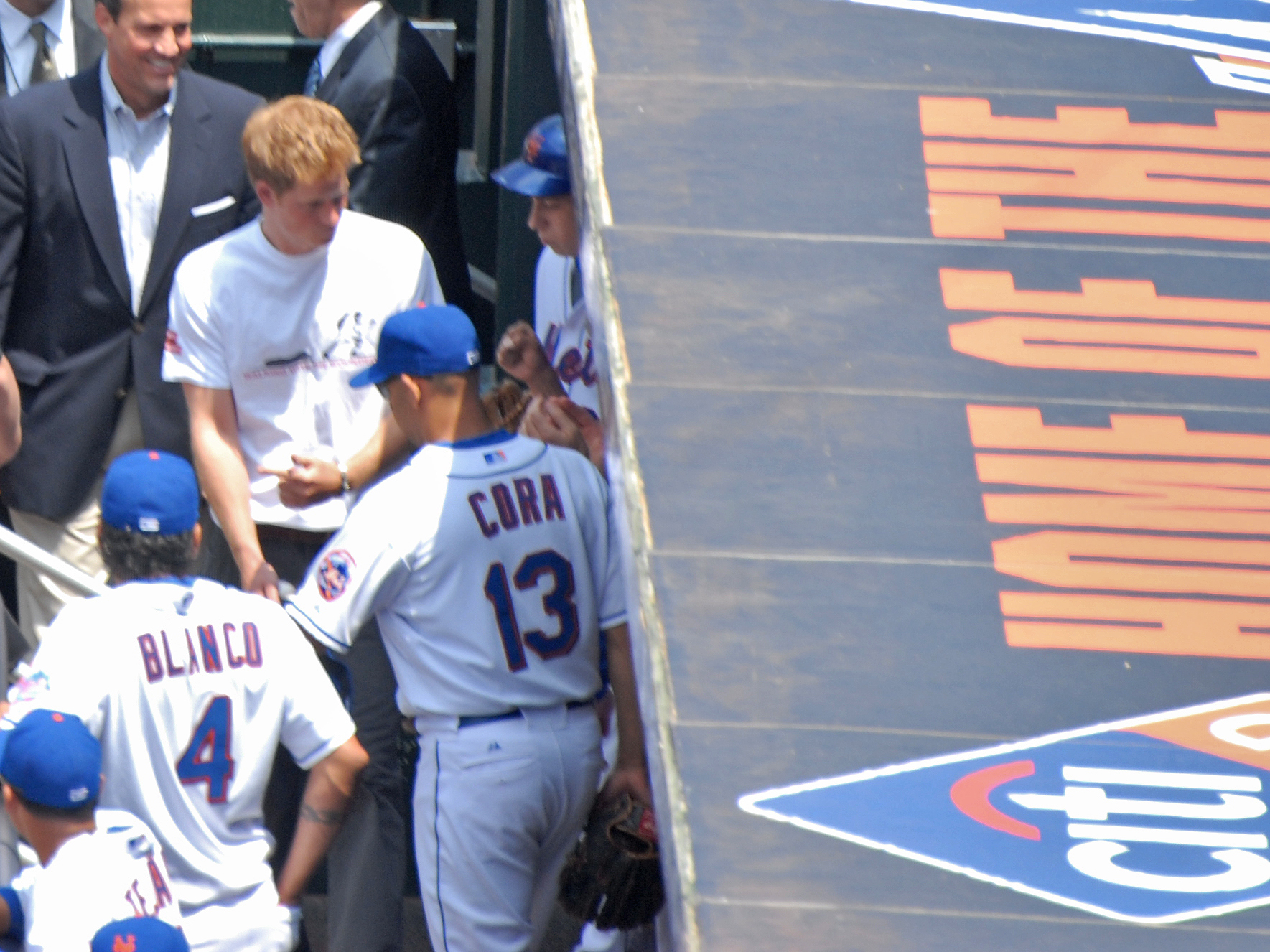 I doubt any Mets fan were disappointed by any lack of fanfare or regal robes.

Far more regal than any jewel-encrusted crown was the METS HAT he had donned prior to taking the mound.