Ideally, the New York Mets would learn a lesson from last night’s public relations fiasco.  I doubt that will happen, but it’s possible.

Unconfirmed news of Wilmer Flores’ and Zach Wheeler’s imminent departure from the Mets and their subsequent replacement in the form of the Brewers’ Carlos Gomez spread like wildfire on social media during the game–in which Wilmer Flores was playing.  If you’re a Mets fan, you’ve caught wind of most aspects of this farce, but here’s the latest in case you had not heard:  Carlos Gomez is rumored, repeat RUMORED to have been traded to the Houston Astros.

Look, anyone who’s spent any amount of time on social media has penned at least one post or Tweet that he or she regrets and has had to then suffer whatever subsequent fallout came of the impropriety.  “Tweet and delete” or suffer the consequences should be the admonition, I suppose.

But if you are a business or professional organization, just as damning are the social media posts that you do NOT make.

In the aftermath of last night’s widespread misinformation and the toll it took, a whole lot of outrage and fingerpointing ensued–at reporters, at social media itself, and at the Brewers. I contend that the blame rests squarely on the shoulders of the New York Mets themselves.

No doubt there were leaks from insiders who should’ve known better than to open their mouths just yet.  Perhaps overzealous reporters and bloggers enthusiastic to be first with a story neglected to underscore the “pending physicals” part of the narrative. Perhaps exuberant fans were just as impetuous in swiftly retweeting the “news” of the not-quite done deal.  And perhaps Brewers management jumped the gun in informing Gomez himself that he had been traded.

One could even argue that Terry Collins was culpable in the debacle by not sending Geren or someone else to find out what the heck was going on off the field, what with his shortstop crying on the field and the fans cheering wildly for the same player’s next plate appearance, even though said player had not started a game since the previous Thursday and, thus far in the game, had garnered only a single and a strikeout.

The fact that Collins later stated that he had been oblivious to his player’s emotions and the strange crowd reaction furthers my belief that Terry Collins’ knowledge and management acumen are incommensurate with those required for his position.

However, in this particular case, I actually felt badly for Collins.  Terry Collins had been “had” just as much as his player.. 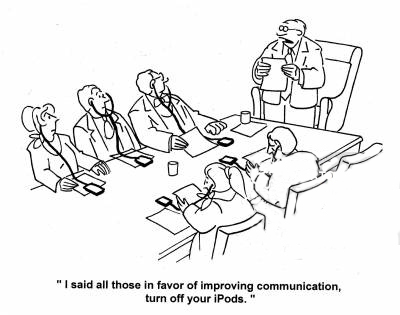 Through their mis-, or rather, non-communication, management essentially hung Collins out to dry:  by not alerting him to the viral communications that were sure to reach his players at some point during the game–communication that they had to know might very well engender a reaction by the unsuspecting Flores himself; by not contacting Collins to request that he pull Flores since the trade was at the very least a remote possibility and the possibility of pulling out a win at this point in the game seemed highly unlikely anyway; by not contacting Collins immediately requesting Flores’ removal from the game the moment that it became obvious that everyone at Citi Field knew what had supposedly transpired except for Flores himself, thereby at least affording him the opportunity to process the information in the the clubhouse instead of under the scrutiny of millions of television viewers; and by making Terry fend for himself in the post-game interview, causing him to appear more bollixed than usual in his nightly interrogations by the media.

Leaks happen.  In sports organizations, in big business, in the White House.  Any expectations an organization might entertain of silencing loose lips entirely are probably delusional.  And, in fact, business leaders and managers have been known to intentionally float rumors themselves to test the response, drum up interest, or to otherwise serve their own interests.

Reporters are often leaked information.  In the absence of verification, each reporter must then choose whether to disseminate the message immediately or to wait for confirmation. This is nothing new.

What IS relatively new is the speed with which any message may be disseminated and the sheer volume of disseminators of that message.  Some reporters and bloggers possess thousands of followers, and each one of those followers has the technical capabilities to further disseminate the message just as expediently to his or her own cadre of followers.

For those of us of a certain age, a certain Faberge shampoo commercial comes to mind:

For better or worse, we live in an age where a message may go viral regardless of its validity, its decency, or the number of people who may agree with its sentiments.

Smart business owners and managers are aware of and respect social media’s influence and are pro-active in the forming of their own narrative…or counteracting a negative one. One cannot simply sit back and blame social media; businesses must now work actively not only to circumvent misinformation and negative publicity but they must also work to ENGAGE those so passionate about their product, in this case the New York Mets.

A public statement by the Mets, indicating that the deal was not in place, disseminated to those reporters and bloggers, could have squelched the rampant inaccuracies.  Or, at the very least, if the Mets did not want to go public during the game, they should’ve been proactive in alerting the unsuspecting player and manager about the possible trade as well as the out-of-control social media messages. It would have been the only decent thing to do.

The Mets’ lack of communication meant that the crowd at Citi Field was privy to what would prove to be misinformation, unrefuted, that Flores had been traded.  How shocking it must have been to Flores to come to the realization that thousands of people had known about what, had it transpired as reported, would have represented a profound change in his professional and personal life.  And he and his manager had been the last two individuals to know.

Mets management’s offense last night was an act of omission, not commission, but as such was just as heinous.

Mets management’s silence resulted in embarrassing and humiliating two of its valued employees in a very public way.

“It’s a whole new world,” some would say.  “Who would’ve known that something could’ve gone viral like that?”  It’s not new, and many have experienced first-hand social media’s potential for negative fallout. There are many cautionary tales out there–businesses large and small that have made missteps as well as individuals publicly shamed on social media for a contentious tweet or a public action, sometimes to the point of the individual having to go into hiding. A certain dentist that shot a beloved lion comes to mind.

Not only are there lessons to be learned from others’ mistakes, but businesses and professional organizations are now investing time and money to learn how best to harness social media’s power for good as well as how to limit its potential for adverse messages.  It is not uncommon for a company to hire additional personnel to serve as a social media team or for companies to hire consultants to coach existing public relations personnel on employing this method of audience engagement.

One does not even need to hire a consultant, though.  Advice and detailed blunders abound on the Internet.

Here are just a few relevant articles I found in a quick Google search:

Breaking Bin Laden: Visualizing The Power of a Single Tweet

5 Experts On The Biggest Mistakes Small Business Make on Twitter

Social media experts will tell you:  having a social media presence is not just about promoting your product.  And, believe it or not, it’s not just about having a megaphone through which to refute inaccuracies (although that tool could definitely have been employed to the Mets’ benefit last night about this time.)

It’s about ENGAGING your audience or customers.

I say “audience” because I am a contributor to the Met Orchestra’s Social Media Team and, as such, have worked diligently with my colleagues to generate interest and enthusiasm about our ensemble as well as to create a DIALOGUE with our listeners and fans in the creation and upkeep of our website, Facebook page, and Twitter account.

Those who would blame reporters and/or social media for Wilson Flores’ tears miss the point:  generating buzz about the team and getting fans excited and engaged and joining in the conversation on potential trades or other team or player news is a good thing.

It was decidedly not a good thing that the New York Mets either vastly underestimated the power of social media or had heretofore been blissfully ignorant of its immediacy and power.  In this day and age, it is simply not enough to wait until the next business day for a carefully crafted “statement” to be issued.  All the Mets would have needed to do was tweet a simple reminder that the deal was in fact not yet done and something to the effect of, “We appreciate your interest and your enthusiasm, fans!  We will verify the trade here on Twitter just as soon as it happens!  Stay TUNED!”  They could have gone even further and generated their own attention-getting hashtag, e.g., “#MetsMarket”.

Face it, Mets owners and management, you blew it:  you were silent when you should’ve provided some clarification–to your fans, to your manager, and to Wilmer Flores.  Well before the news came that there would in fact be no trade, you had managed to make Mets fans feel positively crummy about a transaction that we would otherwise have had every reason for which to be ecstatic.  Following a game that the team had won and in which Lucas Duda had homered three times, your inability or unwillingness to respond appropriately to the situation that had transpired had managed to effectively suck all of the “feel good” out the evening for a lot of us.

Wilmer Flores was not the only one feeling miserable at the end of the evening.

“Words – so innocent and powerless as they are, as standing in a dictionary, how potent for good and evil they become in the hands of one who knows how to combine them.”  –Nathaniel Hawthorne