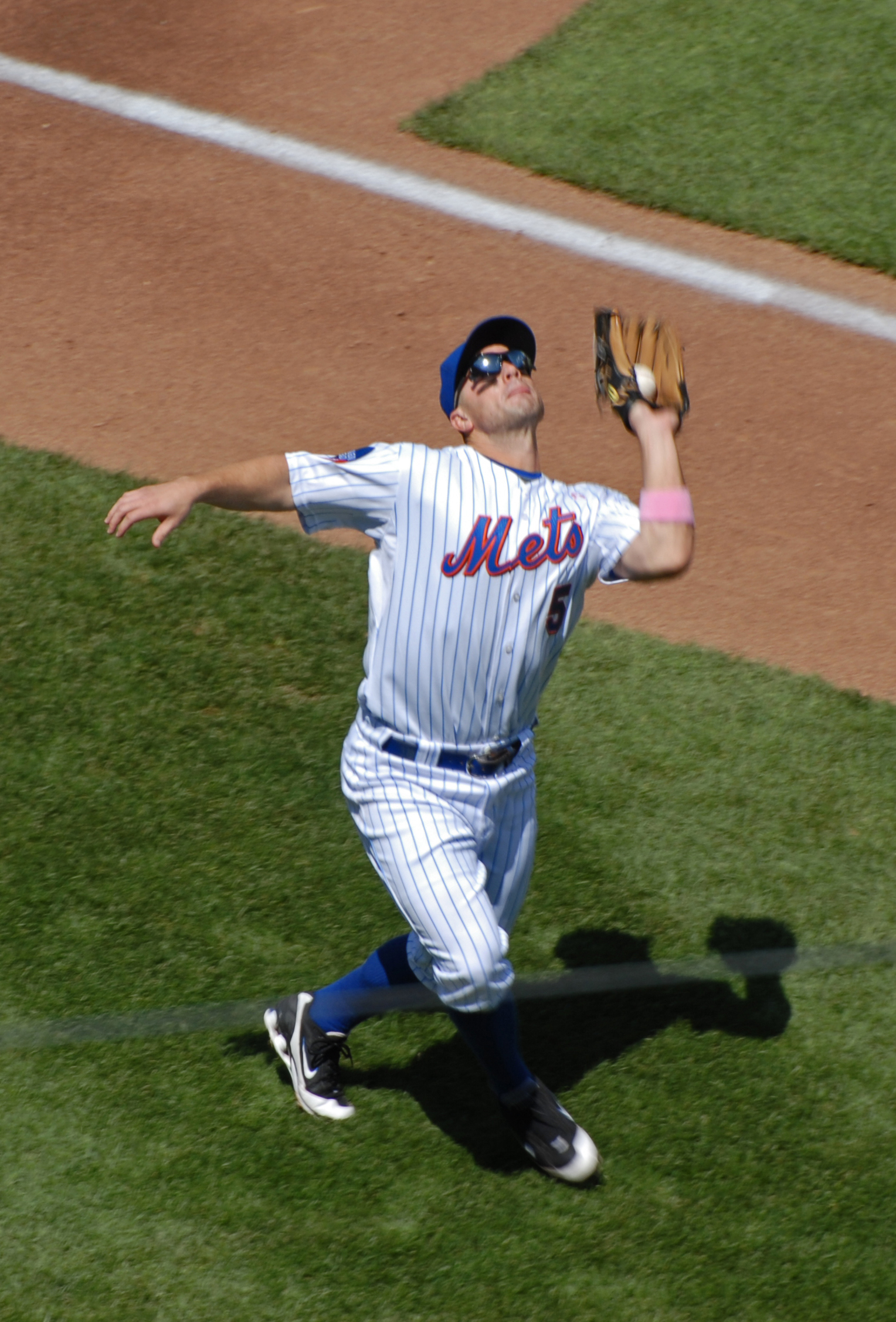 The team in the Bronx seems to have a new PR fiasco every time I open the papers.  While I’m usually mildly amused by this, the latest dispute struck home for this fan from Queens.

The issue in question was that of Batting Practice policy at (the NEW) Yankee Stadium:  namely, who may observe from what location.  Apparently, Yankee brass listened to recent complaints and the policy has already been altered.

Though not nearly so blatantly elitist, Citi Field’s slight change from its previous BP policy at Shea Stadium has not gone unnoticed either.  Limiting fans’ access to more remote areas than before has incited the wrath of early-arriving Mets fans.  A fellow blogger has started a personal letter-writing campaign in an effort to have this policy amended, and others have followed.

From reading this blogger’s previous posts, I happen to know that one of the personal pleasures she took from attending BP at Shea was the opportunity to get some great photos of the players.  It was her chance, she recently wrote, not only to see the players “up close and personal” but also to shoot photos the quality of which her Upper Deck seat could not have afforded her.

Although I have not yet arrived at Citi Field early enough to watch BP, I often did so at Shea.  I, too, cherished those opportunities to train my Nikon on my favorite players.  While I had a great camera and a pretty good zoom lens, nothing I could shoot from my seat in my Mezzanine Box could come close–literally–to the images I shot from vantage points near and behind the dugout on the Field Level during BP.

I would classify myself as an advanced amateur photographer, and it should be noted that the images I have taken are only for my own personal use.  I’ve not nor would I sell any of my photos or use them in any money-making endeavors.

Even given my non-professional status, my husband has always been my biggest supporter in this (expensive) hobby.  Not even knowing about the change in BP policy at Citi Field, he surprised me this week with a Mother’s Day present far better than any box of chocolates or bouquet of flowers: an even longer zoom lens.

Although we are mostly pleased with our seats behind Home Plate in the Promenade Club at Citi Field, we have noticed that our seats are higher than the ones we occupied at Shea.  The photos I’ve taken from our Citi Field seats have proven that to be true as well.  For this reason, and because he’s just a swell guy, my husband purchased a lens for me that essentially puts me an additional 100 millimeters closer to the action.

For me personally, part of the shooting problem is resolved.  But would it really be so difficult for–dare I say it–the Mets to follow the Yankees’ lead(!) and amend their current policy to make it more fan- and photog-friendly?