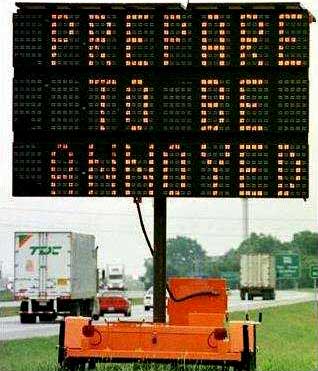 …actually, avoid two potential ones all together!

Honestly, I am not a fan of interleague play in general and of Yankee-Mets matchups in particular.

But I did enjoy a sidebar story that came out of this weekend’s Subway Series:

the transport of the Mets and Yankees players from Yankee Stadium to Shea Stadium during rush hour on a Friday afternoon and how it affected fellow New Yorkers.

The personnel’s inter-borough journey would’ve been a challenge on any day and at any time of day, considering the busy corridor they needed to traverse and the bottlenecks that occur far too often upon it.  Yesterday, however, presented a few additional challenges:  the first game was a very long one–almost four hours, and (2)their expedition was to take place on a Friday night in the summer.  While Friday afternoons are always “getaway” days and usually times of high volume on the roads, the problem is compounded in the summer when many are getting away to the beach or to the Hamptons.

My family’s challenge did not involve a time element:  we were attending only the second game.  However, one should never underestimate the challenge of travelling from New Jersey to Queens with there being a game at Yankee Stadium.  Not having the physical conditioning to even consider a foot race and disliking crowds and traffic in general, our family was not sure we even wanted to FACE the challenge.

Therefore, my husband–with his family’s approval–attempted to sell our tickets for Friday night’s game on StubHub.  This was one game we all figured would be best viewed in the comfort of our own home on high definition television.

When the tickets did not sell, however, we changed our minds and decided to brave the masses on the road in order to attend.

We gave our time of departure much forethought.  It was decided that the best way to avoid the traffic created by fans departing Yankee Stadium following the first game would be for us to be well on our way BEFORE the end of the first game.

As it turned out, our strategy not only afforded us a more or less routine trip to Shea, but it unexpectedly provided us the opportunity of sailing by Yankee Stadium–southbound on the Major Deegan Expressway–at the very MOMENT that Carlos Delgado hit the first of what would be two home runs for the Mets–this one a grand slam!  As I quickly opened the sun roof, we all three screamed, and I vigorously waved my Mets cap.

When we arrived at Shea, there were many fans already there.  It appeared that others were aware, as we were, that it had been arranged that both teams were to travel by bus with police escort from the Bronx to Queens with road closures being scheduled during their transition.

Arriving at Shea without any of the logistical snafus we had envisioned and feared, it was actually delightful to, later, find out some details about the two teams’ post-matinee conveyance–both on the radio and in the newspapers.

Although traffic was halted enroute to the Triborough Bridge and on the other side–on the Grand Central Parkway–to ensure a quick trip for the players and the members of the media who accompanied them, apparently many drivers along this route were well aware of the purpose of the stoppage.  Many of the presumably inconvenienced drivers were not scowling, waving fists or the like.  Rather, they were leaning out of car windows, yelling cheers of encouragement and flashing player jerseys in signs of recognition as the buses passed.

Normally, I hate it when traffic is blocked in New York because some presidential candidate is mooching campaign funds in our town. Over the years, I have had a few paranoid thoughts and words and gestures toward assorted Bushes and Clintons, Gores and Kerrys, when some bridge or parkway was inexplicably shut down. But it’s different when traffic stops for something socially redeeming, like a baseball team.

It had to be a redeeming feeling for Mets officials, too, knowing that their arrangements had enabled the Mets to play in the Bronx until about 6PM and walk into their Club House at Shea for their 8:10PM game having taking only twenty-eight minutes door-to-door!  (Apparently, the Mets had made similar arrangements for the team travelling TO Yankee Stadium that morning:  a trip that had taken only seventeen minutes!)

If only Mets officials could collaborate in such a way as to assure a Mets’ victory…sigh.