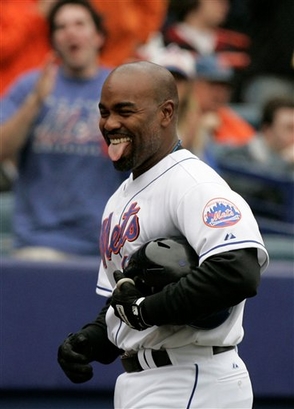 …or the face Carlos
Delgado would like to have made at those fans who had so recently been shamelessly booing him when he was called upon by the Shea (UN) Faithful to make a curtain call following the homer?

I can’t say I blame Carlos for his reluctance to indulge the fans.  I, for one, am frankly ashamed at the blatant lack of support for him and for other Mets players by some impatient Mets fans at Shea so early in what is a LONG season.