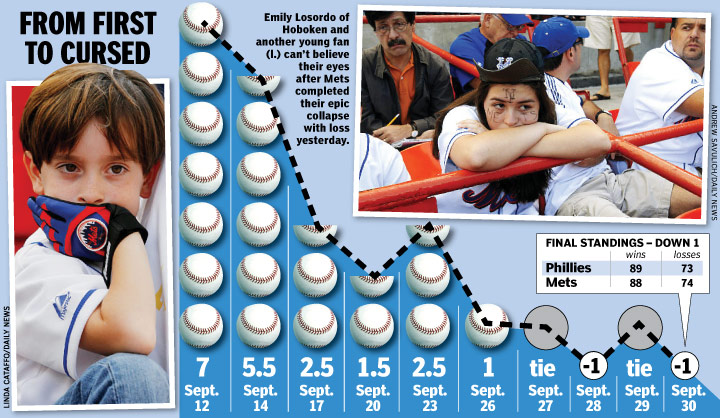 …there was still hope. But it quickly died with seven runs in the first third of the first inning.

…we still had a chance.  But the Nationals didn’t come to our aid.

…the Phightin’ Phils were on a roll and pheelin’ mighty phine.  Less than a week later, they looked phlat, and today there’s not nearly so much swagger in the City of Brotherly Love.

…I was depressed, incredulous, and–like Moises Alou–pretty much hated baseball. Today, I empathize with the Cubbies fan, but I also feel the tremendous joy and happiness of the Rockies fan.

Naturally, I wish it were the Mets celebrating a NLCS victory, but I couldn’t be happier for the Rockies and their fans. 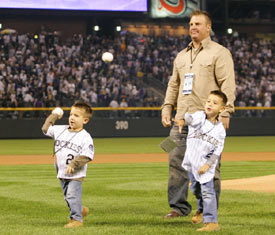 Not only is this their first trip to the NLCS, but there are special "feel good" associations with this club and its win this year.

In a very classy gesture, the Rockies players voted playoff shares to the family of AA coach Mike Coolbaugh.

And his two small sons threw out the first pitch at last night’s historic game.

When I realized that only one week had gone by since that devastating loss at Shea, I could hardly believe it.  It seems like weeks have passed.

That makes me realize that I (and hopefully the Mets organization) will be able to move beyond the Collapse of 2007 so much sooner than I ever realized and–perhaps even before the 2007 World Series is played–I may even be ready to sing a few bars of "Meet the Mets" in anticipation of meeting and greeting the 2008 Mets Team in April at Shea.

How many weeks until "pitchers and catchers report?"